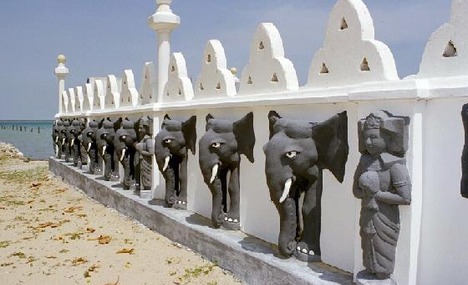 Nainathivu or Nainatheevu (Tamil: நயினாதீவு), (also known as Nagadipa or Nagadeepa (Sinhala: නාගදීපය)) is a small but notable island off the coast of Jaffna Peninsula in the Sri Lankan Tamil dominated Northern Province, Sri Lanka. The name of the island alludes to its aboriginal inhabitants, the Nayanair or Nāka people. It is home to the ancient Hindu shrine of Sri Nagapooshani Amman, one of the 64 Shakti Peethas, and the Buddhist shrine Naga Vihare. Historians note the island is mentioned in the ancient Tamil Sangam literature of nearby Tamil Nadu (such as Manimekalai) and ancient Buddhist legends of Sri Lanka (such as Mahavamsa). Ptolemy, a Greek cartographer, describes the Tamil territory including islands around the Jaffna peninsula as Nagadibois in the first century CE.
Nāka Tivu / Nāka Nadu was the name of the whole Jaffna peninsula in some historical documents. There are number of Buddhist myths associated with the interactions of people of this historical place with Buddha. The two Tamil Buddhist epics of Kundalakesi and Manimekalai describe the islet of Manipallavam of Nāka Tivu/Nadu which is identified with this islet of the Jaffna peninsula. Manimekalai describes the ancient island of Manipallavam from where merchants came to obtain gems and conch shells. The Tamil language inscription of the Nainativu temple by Parâkramabâhu I of the 12th century CE states that foreign merchants must land at Kayts before entering the island, and for other ports. The Hindu temple was destroyed by the Portuguese in 1620 CE. It was restored and re-established in 1788. A portion of the inscription slab is built into the wall of the present restored temple. Nainativu temple was attacked and burnt in June 1958, and in March 1986. The Naga Deepa Buddhist Vihara was established in the 1940s by a resident monk with the help of local Tamils. 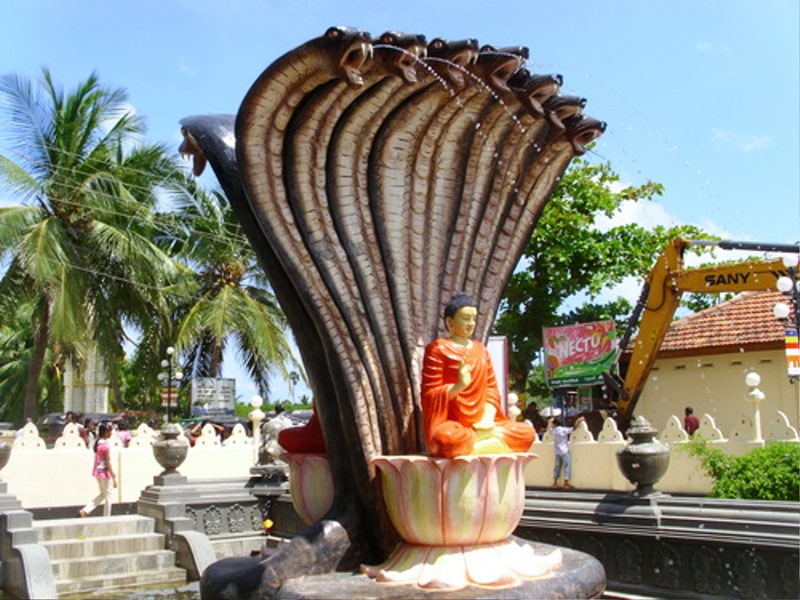