Pinnawela Elephant Orphanage is an orphanage and breeding ground for wild elephants which is situated northwest of the town of Kegalle, Sri Lanka. It was established in 1975 by the Department of Wildlife Conservation on a 25-acre (10 ha) coconut plantation on the Maha Oya river. The orphanage was originally founded in order to afford care and protection to the many orphaned elephants found in the jungle. As of 2008, there were 84 elephants.
The aim of the orphanage is to simulate the natural world. However, there are some exceptions: the elephants are taken to the river twice daily for a bath, and all the babies under three years of age are still bottle fed by the mahouts and volunteers. Each animal is also given around 76 kilograms (170 lb) of green manure a day and around 2 kg (4.4 lb) from a food bag containing rice bran and maize. They get access to water twice a day, from the river.
This elephant orphanage is also a breeding place for elephants. More than twenty-three elephants have been born since 1984, and the orphanage has the largest herd of captive elephants in the world. While most of the elephants are healthy, one is blind, and one, named Sama, has lost her front right leg to a land mine. 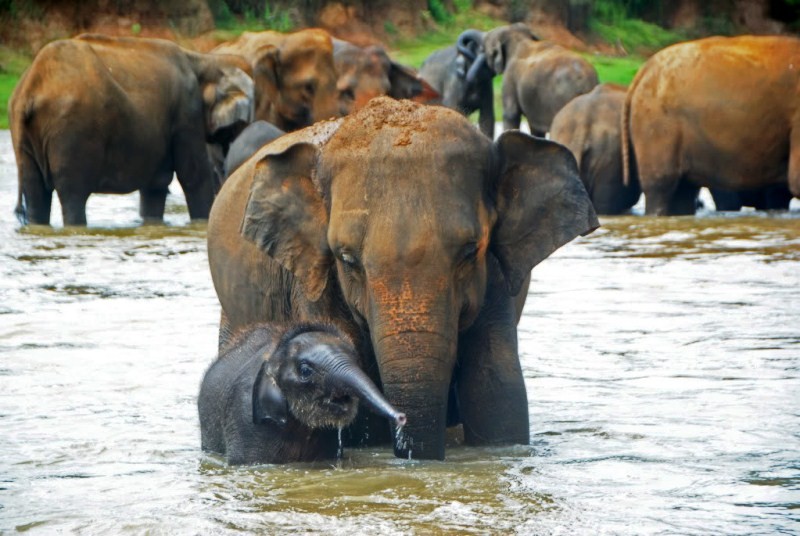