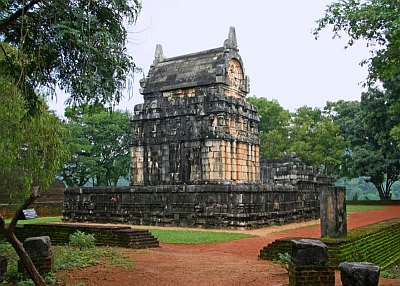 Nalanda Gedige (Tamil: நாலந்த கெடிகே Nālanda Gedige) is an ancient complete stone building near Matale, Sri Lanka. This building was an ancient Hindu Temple constructed in between 8th to 10th century with dravidian architecture ( Pallava style ) and then believe to have been used by Buddhists. Also some scholars describe this building is a dravidian architecture dedicated to a Mahayanaa cult with pronounced Trantric learning and known for an ancient monument of possible Vajrayana (Tantric) Buddhist affinities.

Nalanda Gedige is designed like a Hindu temple with a mandapa, an entrance hall (originally roofed), a short passage to a bare cello, and an ambulatory round the holy center. There is no sign of Hindu gods today, however, and the temple is said to have been used by Buddhists.
The richly decorated facade sections, laboriously reassembled in 1975, are predominantly in the South Indian style, and may have originated in the eighth to 11th centuries, but cannot be precisely dated. However, the god Kubera appears on the south side of the tympanum over the sanctuary, and this is a feature only to be found in Sri Lanka. Contents
Estimates of its date of construction vary from the 8th to 10th centuries AD. This was a period of great turmoil on the island, with South Indian kings establishing themselves in the wake of the decline of the Sinhalese monarchy. It is possible that Nalanda Gedige was a bold attempt at a fusion of Tamil and Sinhalese cultures.
History of Nalanda Gedige as an archaeological site began in 1893, when, according to then Archaeological Commissioner, H. C. P. Bell, “land was acquired round this little-known and solitary shrine of granite construction, popularly styled gedige. It is situated on raised ground in paddy fields, picturesquely surrounded by low hills and wooded hamlets. In 1911 a small gang was detached from the labor force at Sigiriya to thoroughly root out all the jungle growth upon and around the ruin besides cutting still further back the earth silt hiding the bold stylites upon which the fane stands. Very special importance attaches to this unique temple, as it is the sole example yet discovered in Ceylon of composite styles of architecture judiciously blended to form a delightfully homogeneous edifice.”
Bell had significant plans for the restoration of the Nalanda Gedige - involving its dismantlement and relocation - as is apparent from his report of 1912: “It will be necessary to gradually extend the open space to the north and east of the gedige ruin, so far as practicable, in reasonable expectation of discovering other buried members of the structure, before it is partially dismantled with a view to correct reconstruction. For this fine edifice cannot be allowed to remain in its present semi-deceptive elevation, when all stones on the ground have been recovered from the earth.”
However, nothing transpired until much later, in the 1980s, when the shrine was threatened with inundation by the waters of the newly created Bowatenne Tank. The opportunity was taken to dismantle the ruin and rebuild it on the bund(retaining wall) of the tank, high above the waters. It stands now reconstructed beside the tank, and is approached by a flower-edged causeway with a magnificent backdrop of tree-clad hills.
Nalanda Gedige is a curious hybrid of Buddhist and Hindu architecture. Some of the design elements are distinctly Hindu, such as the mandapam or hall of waiting. Yet there is no sign of Hindu gods. There are erotic but eroded Tantric Buddhist carvings, much like the famous ones at Khajuraho in India. The richly decorated façade sections are in the 7th century style which flourished at Madras, South India. However, the southern section has a semi-circular niche containing in high relief a squat figure of Kuvera, the god of wealth, seated on a lotus plinth - an image that is only found in Sri Lanka.
Roland Raven-Hart, writing in Ceylon: History in Stone (1964) describes this hybridisation: “Elsewhere there are plenty of Hindu buildings, and plenty of Buddhist ones, and some muddled mongrels; but here the styles are interwoven. The ground-plan is Buddhist, the vestibule pure Hindu and so is the little windowless shrine: the plain moonstone and crocodile balustrade and rivers of dwarfs and architrave of the doorway are Sinhalese, and jambs Tamilian; even the sculptures are fairly shared. The whole effect is charming and for me unexpectedly classical, nor did I find the exterior “over-richly decorated” as did Bell, though it is crowded with pilasters and horseshoe false windows and more jolly dwarfs. And the dome must have been a worthy climax when all its four faces were present, each with horseshoe niche and statue, instead of the one only which was found.”

Tourists attraction
Nalanda is situated one km to the east of the A9 route 20km north of Aluvihare near Kandy. It is one of the remarkable archaeological sites in Sri Lanka. It has to do with geography and ease of access, although this is not the case with Nalanda. Often, however, it is a case of the beaten tourist track prevailing over good sense. 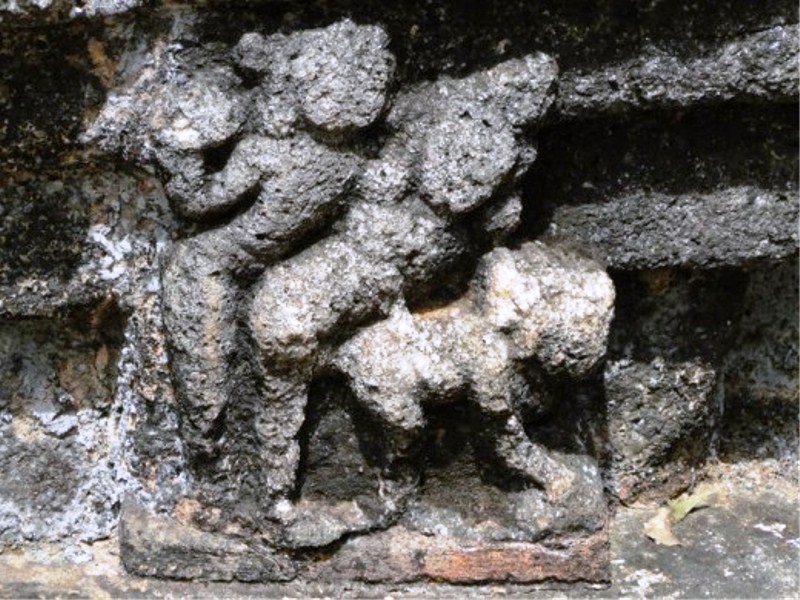 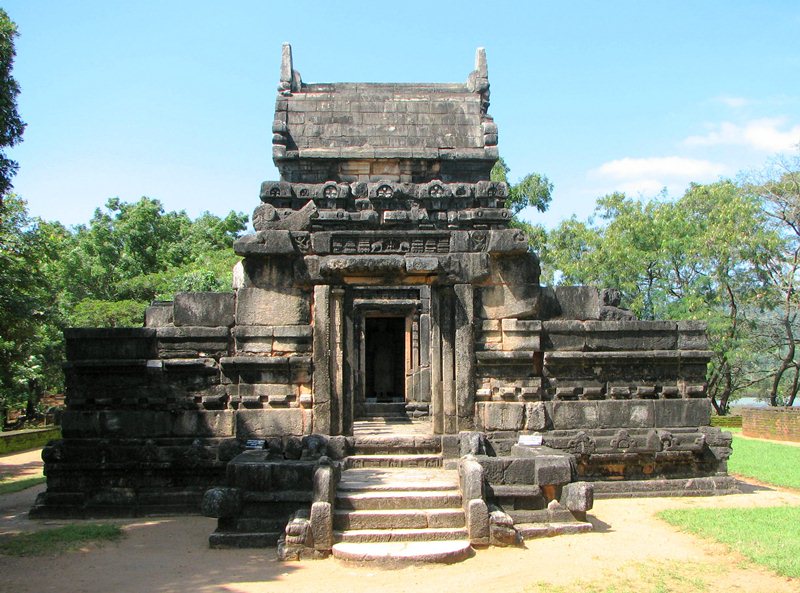