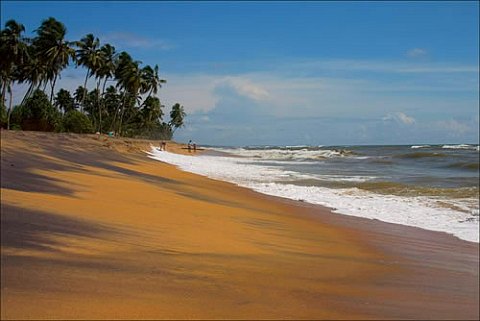 Wadduwa is a town situated in the western coast of Sri Lanka about 33km south of Colombo.It spans from within the 30-36 km area along the Galle Road and sideways for the land side too.It is a very popular tourist attraction in Sri Lanka, with golden beaches that would enchant anybody in the world.It is also famous for its rich cultivation of coconut palms and as a major producer of toddy and vinegar. It is popular for the products made from coconut fibre such as brooms,carpets etc.

According to folklore, there were many native indigenous doctors in this area in the past. The name for native doctors in Sinalese Language is "veda mahaththayaa", thus comes the name 'veda doova' meaning the land of the native doctors. It has later become "Wadduwa".

Hidden between lush coconut plantations and facing an un-crowded beach Wadduwa is the ideal destination for those looking for a luxurious, tropical hideaway. For those interested in Sri Lanka's traditional Ayurveda treatments Wadduwa is well known for authentic, professional Ayurveda SPA's and Retreats.

Wadduwa is a holiday destination catering for couples, families and singles alike.