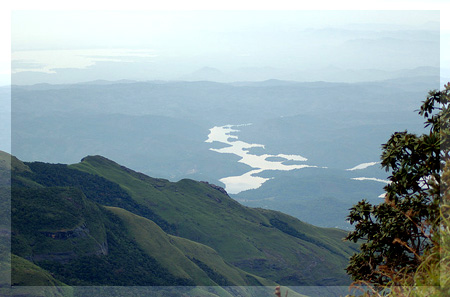 Horton Plains National Park is a protected area in the central highlands of Sri Lanka and is covered by montane grassland and cloud forest. This plateau at an altitude of 2,100–2,300 metres (6,900–7,500 ft) is rich in biodiversity and many species found here are endemic to the region. This region was designated a national park in 1988. It is also a popular tourist destination and is situated 32 kilometres (20 mi) from Nuwara Eliya.
The Horton Plains are the headwaters of three major Sri Lankan rivers, the Mahaweli, Kelani, and Walawe. In Sinhala the plains are known as Mahaweli Plains. Stone tools dating back to Balangoda culture have been found here. The plains' vegetation is grasslands interspersed with montane forest, and includes many endemic woody plants. Large herds of Sri Lankan Sambar Deer feature as typical mammals, and the park is also an Important Bird Area with many species not only endemic to Sri Lanka but restricted to the Horton Plains. Forest dieback is one of the major threats to the park and some studies suggest that it is caused by a natural phenomenon. The sheer precipice of World's End and Baker's Falls are among the tourist attractions of the park.
Horton Plains is located on the southern plateau of the central highlands of Sri Lanka.[2] The peaks of Kirigalpotta (2,389 metres (7,838 ft)) and Thotapolakanda (2,357 metres (7,733 ft)), the second and the third highest of Sri Lanka, are situated to the west and north respectively. The park's elevation ranges from 2,100–2,300 metres (6,900–7,500 ft).[3] The rocks found in the park belong to the Archaean age and belong to the high series of the Precambrian era and are made up of Khondalites, Charnockites and granitic gneisses.[4][5] The soil type is of the red-yellow podsolic group and the surface layer is covered with decayed organic matter.[4]
More information available here 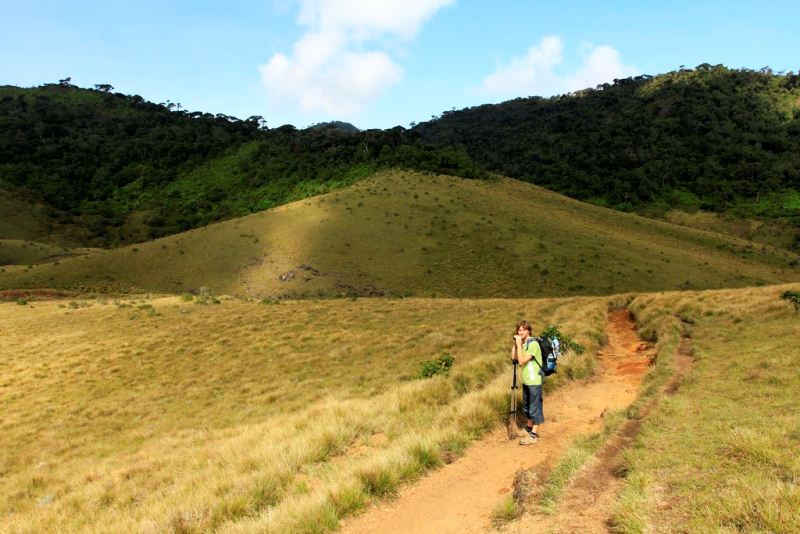 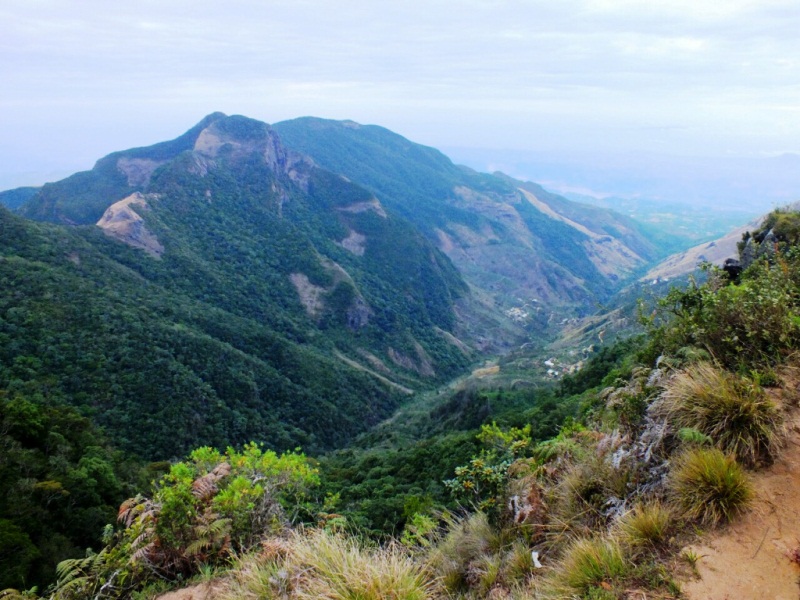