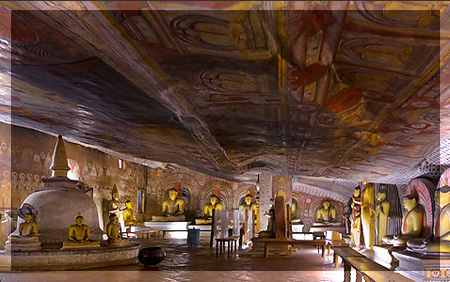 Dambulla cave temple It is the largest and best preserved cave temple complex in Sri Lanka. The rock towers 160 m over the surrounding plains.There are more than 80 documented caves in the surrounding. Major attractions are spread over 5 caves, which contain statues and paintings. This paintings and statues are related to Lord Buddha and his life. There are a total of 153 Buddha statues, 3 statues of srilankan kings and 4 statues of god and goddess. The latter 4 include two statues of Hindu gods, Vishnu and Ganesh. The murals cover an area of 2,100 m². Depictions in the walls of the caves include Buddha's temptation by demon Mara and Buddha's first sermon.
Time line of the Caves:
* 7th to 3rd century BC: Early inhabitants
* 1st century BC: Paintings and statues
* 5th century AD: The stupa was built
* 12th century AD: Addition of the statues of Hindu gods
* 18th century AD: Most of what we see today
* 19th century AD: An additional cave and some repainting
* 20th century AD:UNESCO restoration and lighting... 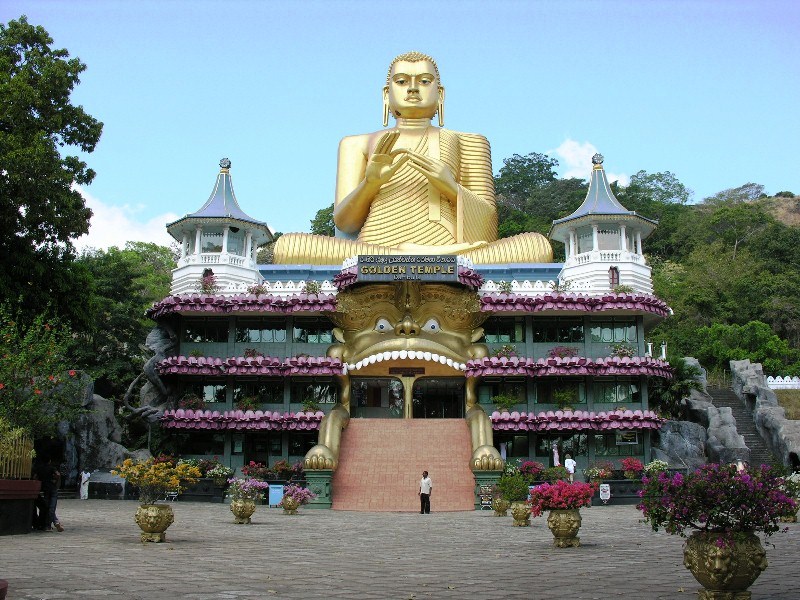 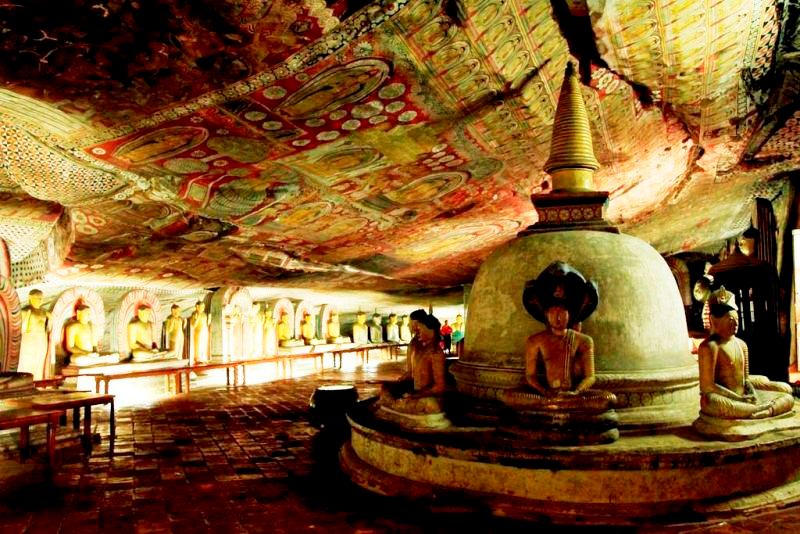 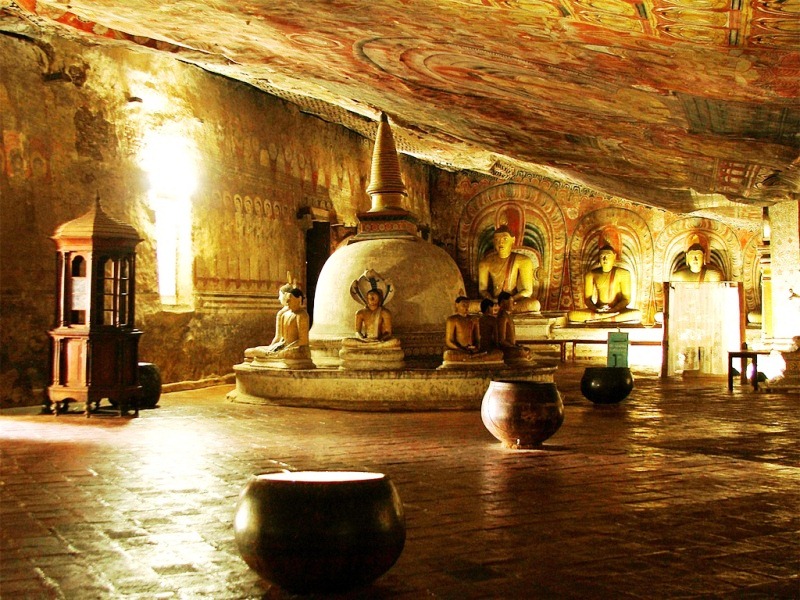 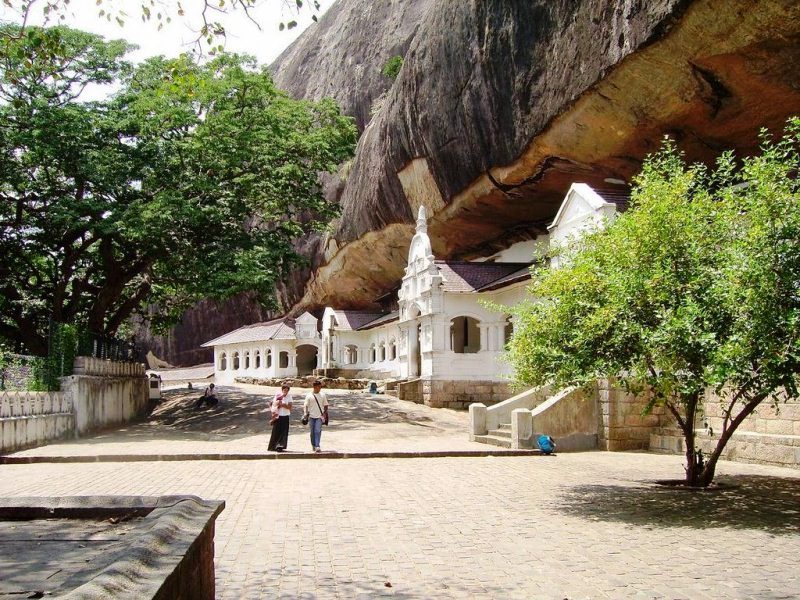 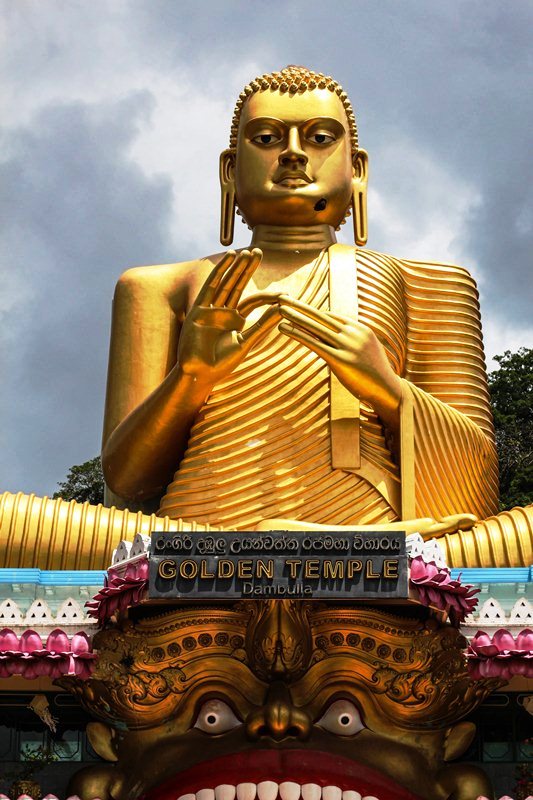