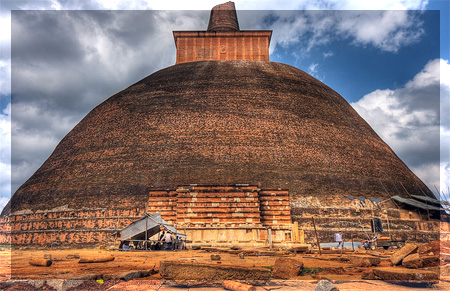 Anuradhapura, is one of the ancient capitals of Sri Lanka, famous for its well-preserved ruins of ancient Lankan civilization.
The city, now a UNESCO World Heritage Site, lies 205 km north of the current capital Colombo in Sri Lanka's North Central Province, on the banks of the historic Malvathu Oya.
From the 4th century BC, it was the capital of Sri Lanka until the beginning of the 11th century AD. During this period it remained one of the most stable and durable centers of political power and urban life in South Asia. The ancient city, considered sacred to the Buddhist world, is today surrounded by monasteries covering an area of over sixteen square miles (40 km²).
The ruins consist of three classes of buildings, dagobas, monastic buildings, and pokunas. The dagobas are bell-shaped masses of masonry, varying from a few feet to over 1100 ft (340 m) in circumference. Some of them contain enough masonry to build a town for twenty-five thousand inhabitants. Remains of the monastic buildings are to be found in every direction in the shape of raised stone platforms, foundations and stone pillars. The most famous is the Brazen Palace erected by King Dutugamunu about 164 BC. The pokunas are bathing-tanks or tanks for the supply of drinking water, which are scattered everywhere through the jungle. The city also contains a sacred Bo-Tree, which is said to date back to the year 245 BC. 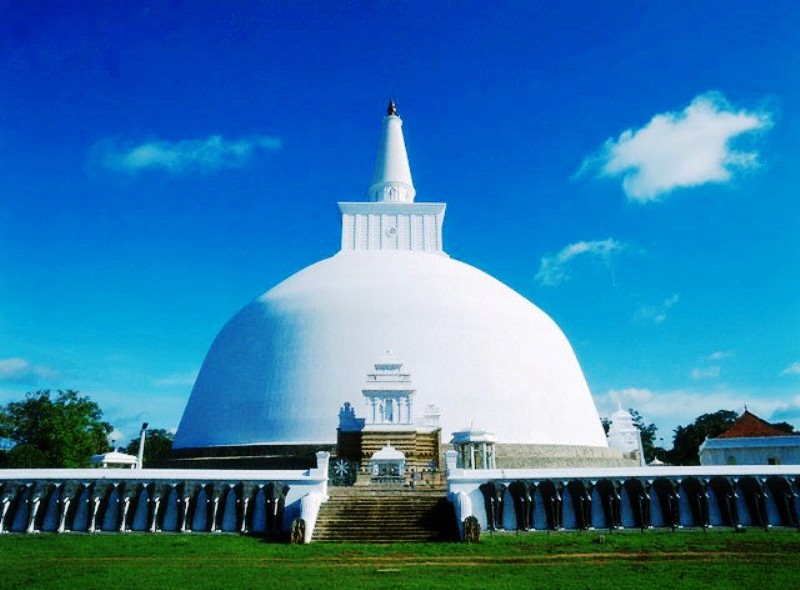 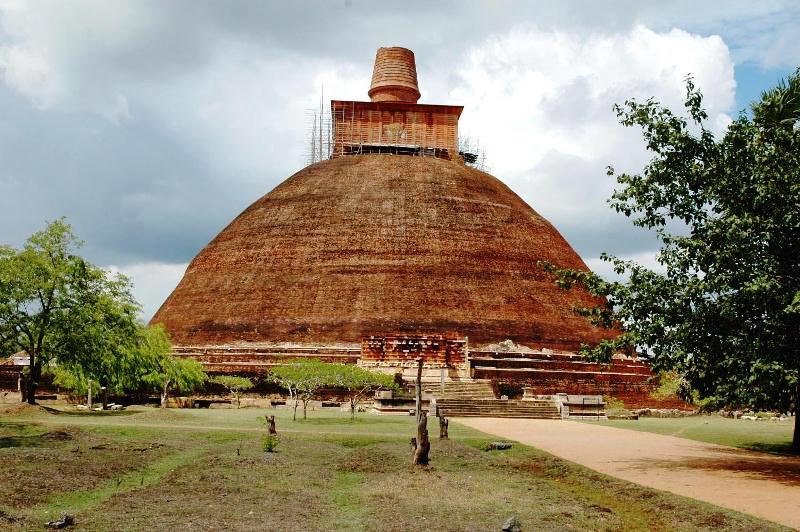 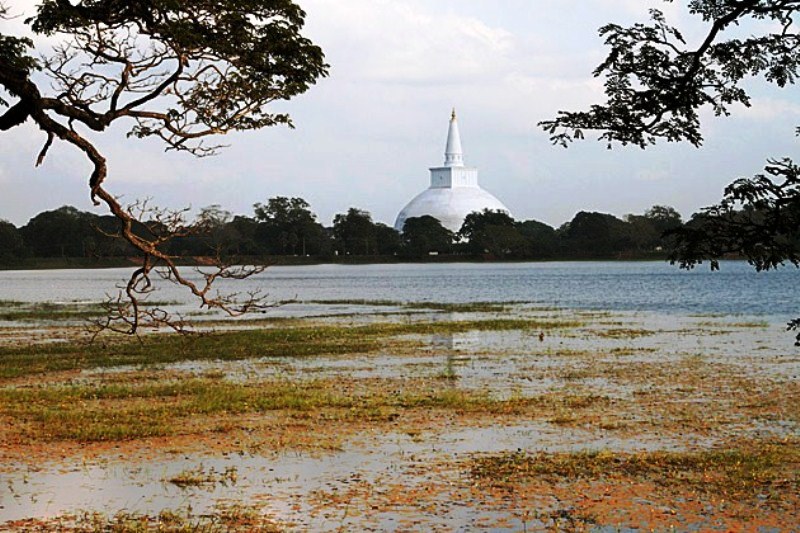