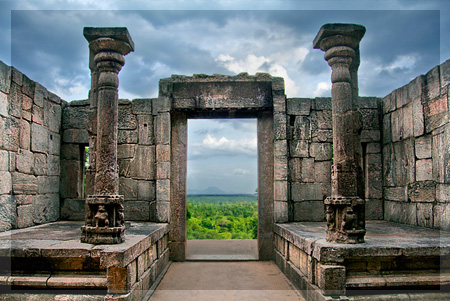 Adam's Peak (also Adam's Mount; Sinhalese Samanalakanda, "butterfly mountain"  - is a 2,243 metres (7,359 ft) tall conical mountain located in central Sri Lanka. It is well-known for the Sri Pada "sacred footprint", a 1.8 m rock formation near the summit, in Buddhist tradition held to be the footprint of the Buddha, in Hindu tradition that of Shiva and in Muslim tradition that of Adam.
The mountain is located in the southern reaches of the Central Highlands, in the Ratnapura district of the Sabaragamuwa Province - lying about 40 km northeast of the city of Ratnapura. The surrounding region is largely forested hills, with no mountain of comparable size nearby. The region along the mountain is a wildlife reserve housing many species varying from elephants to leopards, and including many endemic species.
Access to the mountain is possible by 6 trails (Ratnapura-Palabaddala, Hatton-Nallathanni, Kuruwita-Erathna, Murraywatte, Mookuwatte & Malimboda). Out of these the Nallathanni & Palabaddala routes are the most popular. Kuruwita-Erathna road is somewhat popular as well. The other 3 roads are almost obscure. It joins the Palabaddala road midway through the ascent. Buses connect the final nodes of Nallanthanni to Hatton, Palabaddala to Ratnapura & Erathna to Kuruwita. There after it's a difficult journey through the forest on foot. Most of the pilgrims use Hatton route as the journey on foot can be reduced by more than five kilometers even though the slope of this route is much greater than other routes.

More details and photos at http://sripada.org/ 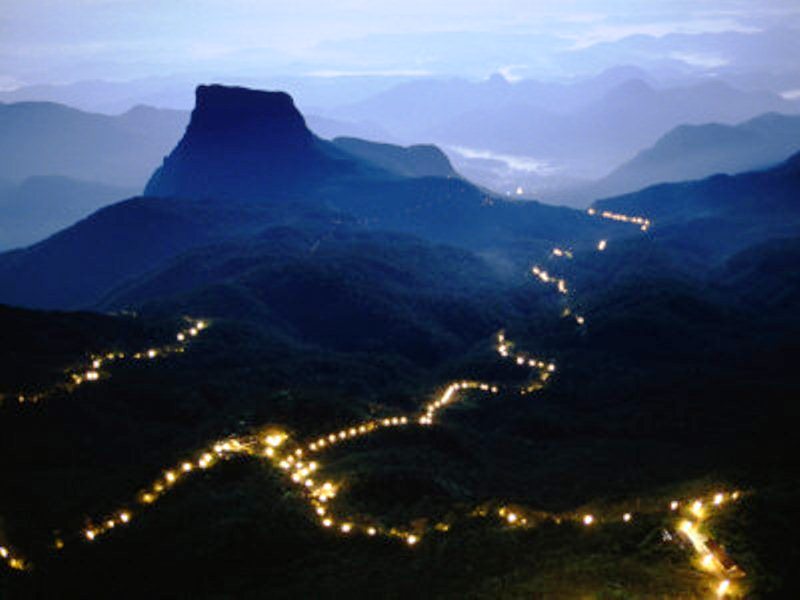